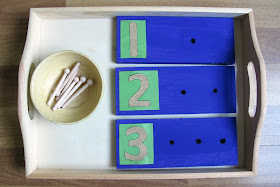 I've had this idea in my head, and most of the materials in-hand, for a couple months now. I'm  not sure why I didn't start on it earlier, but I'm glad that I waited. Ty is just coming to a really sensitive period with numbers so this is just in time!

Several months ago, Ty wanted me to count everything for him, all the way up to the 60's and 70's. He then started touching each object to count to himself silently, as he didn't have many words and didn't even want to attempt a verbal try with numbers. In the last few weeks however, Tyler has absolutely exploded with language. The other day he took my hands and counted each of my fingers up to nine! I had never heard him utter a single number so this was a shock! Now he is counting objects and pictures in counting books up to ten and sometimes higher. He gets several numbers from 10-19 and understands if I say twenty one, twenty "two" and twenty "three" come next etc. and he will say them. He's really starting to show us what he knows with words, which is fun and rather amazing to us. Today he choose between two shirts and decided quickly upon a shirt with numbers on it, staring at the numbers for a long time, thinking. Here comes Mama to follow your lead, Ty! 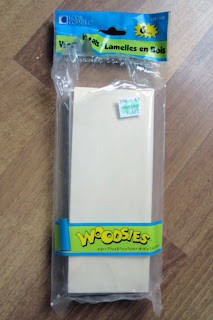 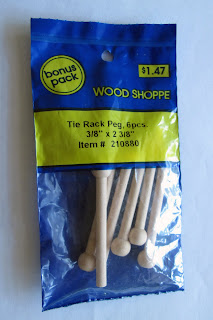 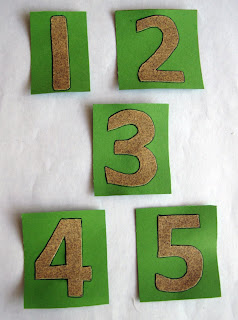 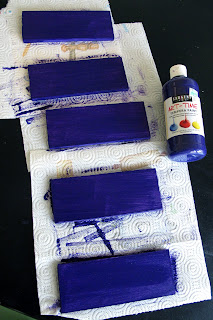 Now to create!:
Step One: Glue two Woodsies boards together to make a thicker board
Step Two: Print your numbers template and shrink them on a copier to fit your board if needed.
Step Three: Carefully cut-out the numbers
Step Four: Trace the numbers (backwards) on the the back of a piece of sandpaper and cut them out
Step Five: Cut squares from card stock to fit the numbers onto, leaving "white space" around each
Step Six: Glue numbers onto card stock and trace the outside of each number with a fine pen
Step Seven: Drill holes in each board to correspond with each number and be sure the pegs fit
Step Eight: Paint all sides of each Woodsie
Step Nine: Glue your numbers/card stock onto the Woodsie

Ta-Da!
If you would like to follow Montessori philosophy, I suggest using one color of card stock and one color of paint rather than making them too colorful. Varying colors may distract from learning.
After demonstration by the adult, the child's work is to:
1. Trace each number and say it's name
2. Place pegs into holes and count the pegs
If your child is new to numbers, you may want to introduce the sandpaper numbers with a three period lesson first before adding the pegs and counting. I really feel that Ty is ready to do both at this point so I'm skipping that. If he doesn't seem to be fully getting as much as he should from the work, I will take the pegs away and focus on numbers. I will demonstrate one board at a time and never more than three at once. When I am confident that he understands what he's doing, I will add it to his shelf. I plan to create boards 6-10 when he's ready!
Edit: This activity has gone really well for Tyler. He has learned so quickly! If you'd like to see him working, please visit my next post! I was so excited to show my latest project that I hadn't even introduced it to him before blogging about it!
First time linking to Hands On: As We Grow
Also linking with One Hook Wonder
Jen at Friday, September 02, 2011
Share